YOU CAN MAKE ALL THE DIFFERENCE TO YOUR CHILD

OK LET'S THINK of some ways of helping your child to make the best use of his vision. Suppose your child with CVI (we’ll shorten it to CVI - cerebral visual impairment is a mouthful) has a problem with scenarios like the following:
He does not seem to see or to notice something when it is surrounded by a crowd or an array of other toys;
Compared to other children he takes a long time to take everything in and make any sort of response;
He appears to take longer to focus his eyes on a toy you put in front of him;
On top of all this he does not even seem to look at toys in front of him. He feels his way when you know he can see (?). Or he looks and then he turns his head away and then he reaches out and grabs the toy while looking away. It is as if he cannot use his hands in combination with his eyes. And that is probably close to the truth. 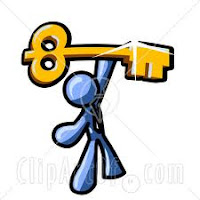 THE KEY TO UNLOCKING YOUR CHILD'S WORLD is to think ‘ONE THING AT A TIME’.
NOW WE COME TO SOME PRACTICAL STRATEGIES:
That means:
Present one thing, one toy, one picture at a time. NEVER SHOW HIM TWO TOYS AT ONCE. That will only confuse him. He is not ready to make a choice just yet.
Introduce each object slowly:
YOUR CHILD LIVES IN A DIFFERENT TIME ZONE – A DIMENSION WHERE EVENTS HAPPEN SLOWLY
Do not lose your patience – you will need all the patience you have got – and a lot more.
Give him plenty of time to explore and examine objects. DONT RUSH HIM.
Work with one activity at a time. Don’t rush on to another just because you think he’s bored.
Keep to one sensory input at a time. Vision, hearing, touch but not all at once!
On the other hand sometimes you can gradually add the sense of touch to help him see.
Show him pictures and visual images in isolation without a background and strongly outlined.
Avoid figure-ground clutter.
Come on you guys - let's have your comments and contributions.I know you are out there... What do you think of the blog? Does it have potential?