I have just come across a fantastic resource of role models and positive images of visually impaired people who literally changed the world in different ways. It's on the Disaboom website and i hope you have a look. Here's a taste of what's there.

These famous blind people have changed and shaped the world in many areas such as music, politics, science, art and sport because they refused to allow their lack of external light perception to quench or stifle their inner light. The world has been illuminated by their courage and talent. 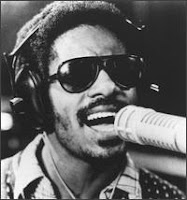 Stevie Wonder (Born May 13, 1950)  - American singer-songwriter-record producer and multi-instrumentalist. A list of famous blind people wouldn't be complete without this composer's name. Wonder penned such hits as "Ebony and Ivory" that aided the civil rights cause in a non-violent way.

Ray Charles (September 23, 1930-June 10, 2004) - American pianist and musician whose gritty and soulful voice shaped the sound of rhythm and blues.

Claude Monet (November 14, 1840-December 5, 1926) - Founder of French impressionist painting. By 1907, he had become quite famous, but began having serious problems with his eyesight and started to go blind.  Even though his eyes continued to get worse, he never stopped painting.  At the end of his life, when he was almost completely blind, he painted one of his most famous murals of water lilies.

Andrea Bocelli (Born 22 September 1958) - became blind at 12 years old following a football accident. He was a multi-instrumentalist and has sung with other great operatic singers such as Pavarotti. 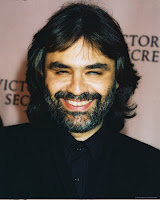 Franklin Delano Roosevelt (January 30, 1882 -April 12, 1945) - 32nd President of the United States of America. Roosevelt had several disabilities including vision impairment.  He was one of the most popular presidents in history.

Thomas Gore (December 10, 1870-March 16, 1949) - a Democratic politician. He became blind as a child, but never gave up his dream of becoming a senator. In 1907, he was one of the first two senators from the new state of Oklahoma. He was re-elected twice more. He was famous as a member of the progressive wing of the Democratic Party.

Harriet Tubman - (1820/21-March 1913) -  a slave throughout her youth who escaped to Canada but returned to the U.S. where she helped bring hundreds of black slaves to safety in what was called the Underground Railroad.  She received a cruel head wound which led to severe vision impairment and seizures.  This did not stop her from fighting for the freedom of her people.

Marla Runyan (Born January 4, 1969) -  a marathon runner. She is the three-time national champion in the women's 5.000 meter run. Runyan was the first legally blind athlete to compete in the Olympics Games.  She placed eighth in the 1,500-meter in the 2000 Sydney Olympics making it the highest finish by an American woman in that event. In 2002 she finished as the top American at the 2002 New York City Marathon to post the second-fastest debut time ever by an American woman. 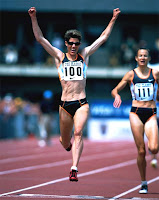