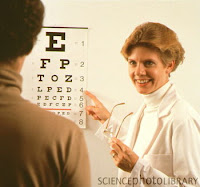 Providing access to information, training & resources for schools and parents.

WELCOME TO THE WORLD OF THE VISUALLY IMPAIRED

You have come to this page for reasons either professional or personal. Whatever your reasons please feel free to enjoy this resource. Visual impairment is a low incidence disability and about half of the people who are visually impaired have brain damage which causes them serious difficulties with operating in the world of the visually competent.

I would love to be a catalyst to link up people of all walks of life who have one thing in common - they have been thrown into the world of visual impairment.

I look forward to seeing you again.
Maurice